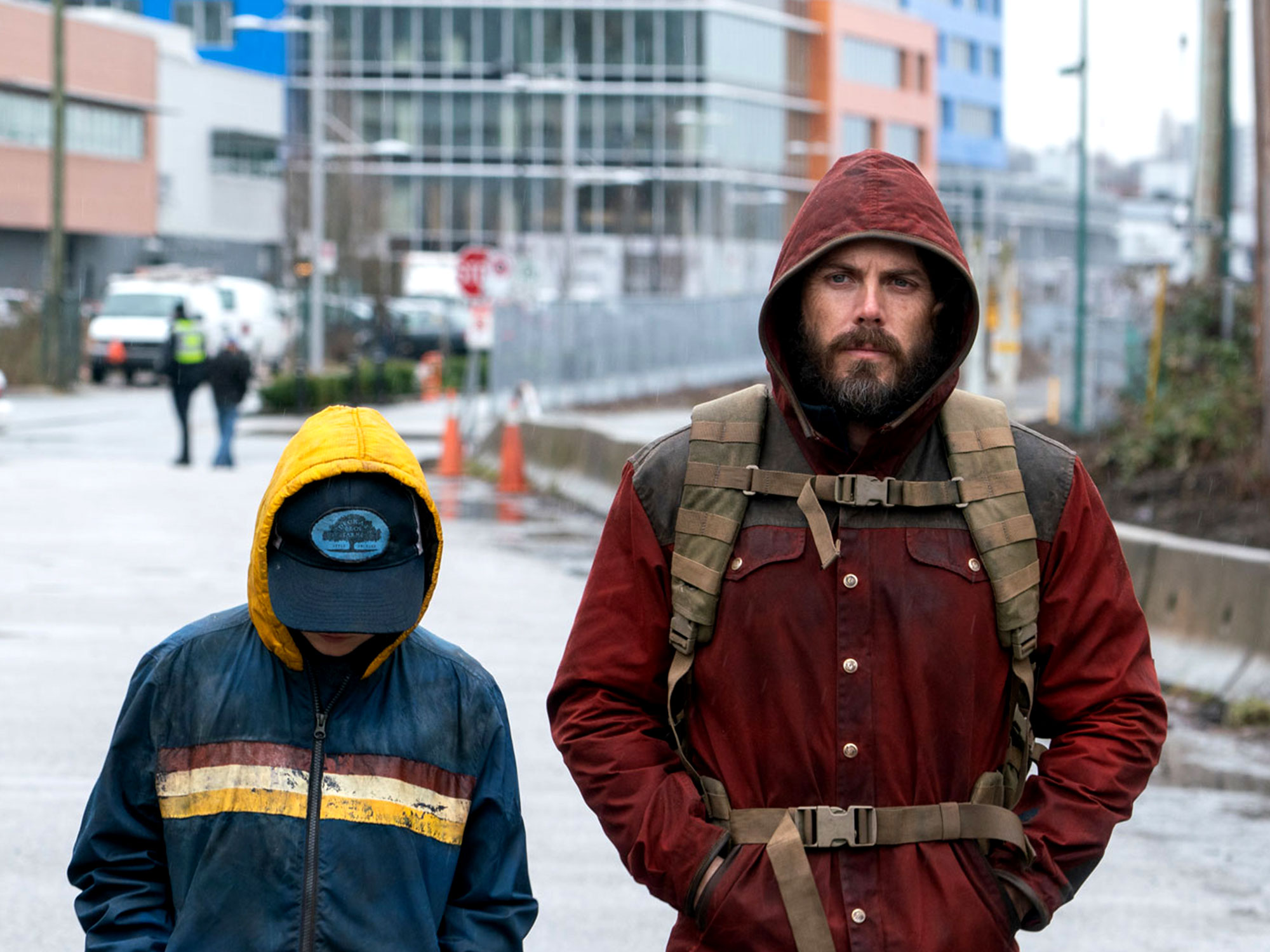 Casey Affleck makes his directorial comeback with this dystopian drama in which women have been wiped out by a virus. Affleck, who also produced and wrote the film, plays an unnamed father raising his pre-pubescent daughter, Rag (Anna Pniowsky), in the wilderness. When they see a man poking around their tent in the sodden forest, they introduce Rag as a boy named Alex. The deception leads them to pack their meagre possessions and move swiftly on, fearing the news of a girl will bring other men hunting for them both.

Father and daughter live a peripatetic lifestyle, knowing that any slip up causing recognition of Rag actually being a girl would cause serious trouble, and in all likelihood, her murder. Through sparse, intelligently used flashbacks, we glimpse the days after Rag’s birth, when her mother (Elisabeth Moss) reveals a lesion signifying the start of the virus and sickness inevitably pushes her towards death.

The film, for large parts a two-hander, steps up into suspenseful home invasion territory later on, with the pair seeking refuge in a dusty, vine-covered abandoned house. The house has its own sad secrets, starkly representative of the many other silent homes in a grim world without women.

In the final act, Rag and her dad take refuge in his grandfather’s beautiful old house where three older men have set up camp with plentiful supplies. An ostensibly safe space, Tom’s Bible readings and kindly nature do not keep the harsh world out for long. A violent struggle with outsiders ends in bloodshed, and Rag growing up in one decisive action.

Affleck has stated that, on one level, the film is about raising children after divorce, with one mother being gone meaning all mothers are gone. Some of the film’s best scenes involve Pniowsky – whose subtle, affecting performance shows great maturity – rowing with Affleck in ways which separated parents and their children will recognise as having a strong air of authenticity.

There is also the question of whether the film can partly be read as a kind-of creative apology following the accusations of sexual misconduct Affleck faced from two female colleagues who worked with him on I’m Still Here back in 2010 (he denied any wrongdoing and settled out of court). Regardless of the filmmaker’s motivations or intentions, Light of My Life is a fine piece of work.

With its focus on a father-daughter relationship set against an unforgiving wilderness, comparisons will justifiably be made with Debra Granik’s Leave No Trace. While this is not quite up to the standard of that modern masterpiece, it is written, directed and acted with sophistication and heart.

The pacing and sense of peril are finely judged, while cinematographer Adam Arkapaw captures bleak, wintry scenes and tired, forlorn faces with panache. Moss’ presence, the fertility theme and frequent escapes in the snow evoke The Handmaid’s Tale, while others may be reminded of John Hillcoat’s The Road, though this is a less bleak, stodgy proposition.

The post Light of My Life appeared first on Little White Lies.